Rafael Galvan Sr. (1887-1966) and his wife, Virginia Reyes Galvan (1889-1980), were the family figureheads of an early, post-pioneer Corpus Christi that saw boundaries between race, life, and music begin to dissolve for the betterment of the city. Rafael Galvan Sr. was the first Mexican American police officer in Corpus Christi as well as a founding member of the League of United Latin American Citizens (L.U.L.A.C). He was also a local businessman with several ventures, including a grocery store, Laguna Fish & Oyster, and the Galvan Ballroom. 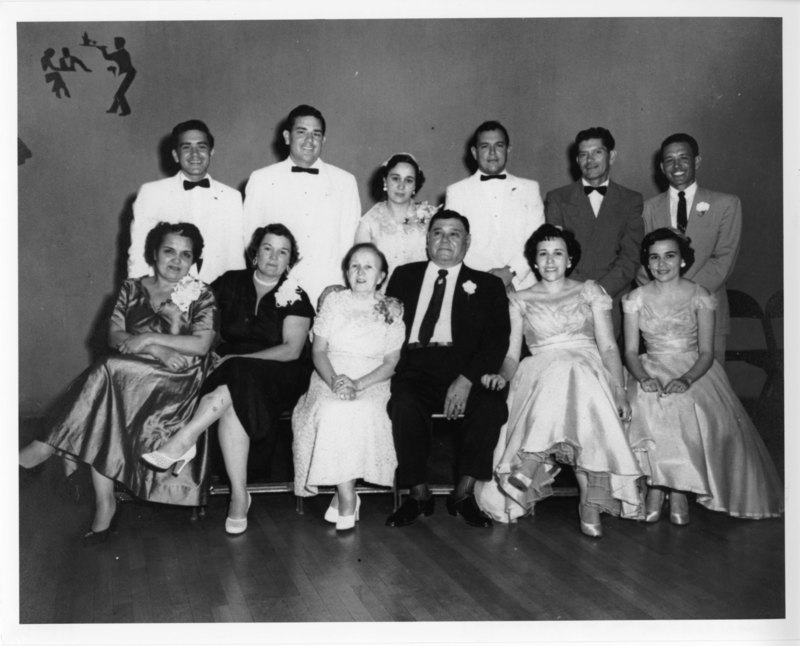 The Galvan's had nine children; five girls and four boys. The children were involved in music from an early age, with the four boys especially leaning into the field as they matured. After a brief pause that saw some of them serving in the European Theater of World War II, they returned to Corpus Christi and began playing in orchestras and doing some minor touring, mostly around South Texas.

Note for the user

This exhibit highlights selections from the Rafael Sr. and Virginia Galvan Family papers held by Special Collections and Archives at the Bell Library, Texas A&M University-Corpus Christi. Visit the About the Collection section of this exhibit to find out more about the Galvan papers.

Use the Previous and Next links at the bottom of the page to navigate between pages of the exhibit.