As a Mexican immigrant, Dr. Garcia experienced firsthand the racial injustices that defined the lives of countless Americans. Working with and through the AGIF, he became a tireless champion for civil rights. He firmly believed that citizens could be agents of change, and advocated non-violent, civic solutions to discrimination and segregation. From school sit-ins to voter registration drives, Dr. Garcia led a movement that effected real change in his community and far beyond.

Dr. Garcia made it his mission to put an end to the deeply entrenched racism and discrimination that defined the Mexican American experience in the first half of the 20th century. Civic activism was central to Dr. Garcia’s approach. He effectively mobilized the AGIF expansive network to organize marches, launch protests and boycotts, and support civil rights legislation and lawsuits. 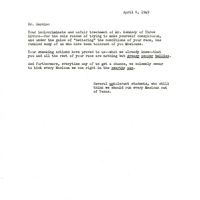 Some people found Dr. Garcia’s unrepentant activism threatening, and reacted with violence and hatred. Hate mail like this reveals the depths of the racism against which Dr. Garcia fought. 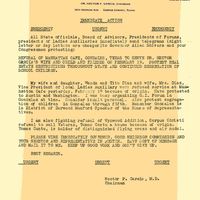 Dr. Garcia and his family experienced racism regularly. When the Garcias were refused service at a restaurant, he alerted AGIF leaders and urged them to take action. 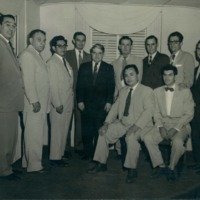 The AGIF provided crucial support for a 1954 Supreme Court case, Hernandez v. Texas, which struck down legislation that prevented Mexican Americans from serving on grand juries. The attorneys in the case are shown here. 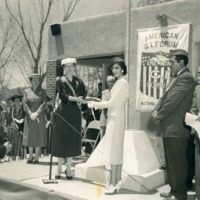 In 1957, a Colorado AGIF chapter peacefully resolved a racist incident when it held a ceremony to reconcile with the offending organization. The incident epitomized the AGIF’s thoughtful approach to conflict. 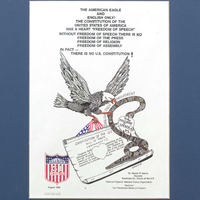 Racism also manifested itself in the English-Only movement, which the AGIF considered a violation of the right to free speech. 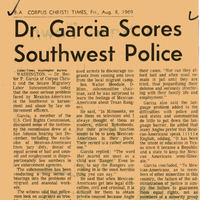 Dr. Garcia spoke out against the racism he witnessed in his community, calling attention to issues like police discrimination and brutality. 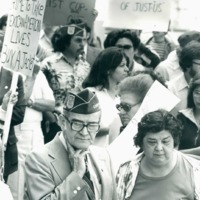 In this 1977 photograph, Dr. Garcia and his sister Clotilde protest the murder of Jose Campos Torres and the light sentences his police assailants received.

The AGIF motto reflects one of Dr. Garcia’s deeply held beliefs: “Education is our freedom and freedom should be everybody’s business.” Dr. Garcia worked to ensure that all children had equal access to a quality education. He led campaigns encouraging migrant workers to enroll their children in school, promoted school health inspections, and championed legal battles to end school segregation.

In this audio recording, Dr. Garcia accepts an award from the National Hispanic University, speaking at length on the importance of education. 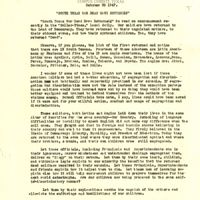 Dr. Garcia was a crusader for education even before he founded the AGIF. In this 1947 document, he speaks passionately about the importance of education. 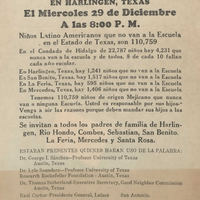 This AGIF flyer advertises a rally to address the fact that over 110,000 Latino children in Texas were not enrolled in school. 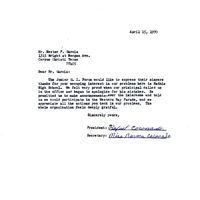 After the AGIF helped put an end to discrimination at their Texas high school, two members of the Junior GI Forum sent this letter of thanks to Dr. Garcia. 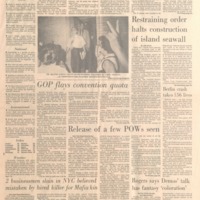 In 1972, Dr. Garcia was arrested after he refused to vacate a school where he was staging a sit-in to protest segregation. 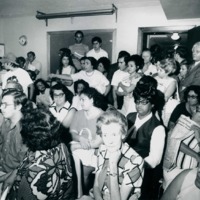 A large group of students and parents participate in a 1972 school segregation protest led by Dr. Garcia.

For Dr. Garcia, the voting booth was a place where Mexican Americans could not only participate in democracy but also change its course. The AGIF spearheaded a major campaign to remind people to register to vote, pay their poll taxes, and get to the polls on voting days. Dr. Garcia encouraged voters to cast their ballots for Mexican Americans and for candidates dedicated to civil rights. 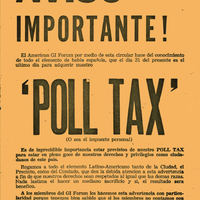 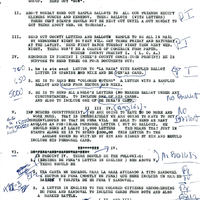 Dr. Garcia had a detailed plan to make Mexican American voices heard in the 1952 election, including the distribution of sample ballots to inform voting decisions. 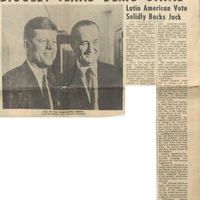 Dr. Garcia’s efforts to get Mexican American voters to the polls, including the Viva Kennedy clubs he helped organize, made a difference in the outcomes of national elections. 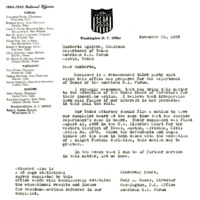 The AGIF encouraged voters to pay their poll taxes so they could vote, but the organization simultaneously fought to outlaw the discriminatory practice, as evidenced by this 1965 lawsuit.

Dr. Garcia was appalled by the conditions in Mexican  American barrios (neighborhoods), in migrant labor camps, and in the poverty-stricken towns on the Texas-Mexico border, known as colonias. He focused on improving quality of life for Mexican Americans in the home and in the workplace. Other prominent civil rights activists of the time, including Dr. Martin Luther King, Jr. and Cesar Chavez, praised these efforts.

In this video clip, Dr. Garcia visits and documents the conditions in one of Texas’ colonias. 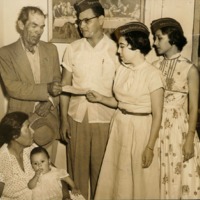 AGIF members present a check to the family of Guadalupe Vera. Direct support was one of many ways AGIF chapters aided the poor in their communities. 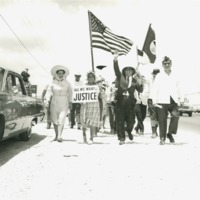 Dr. Garcia and his sister Clotilde participate in a march to demand rights for farm workers. 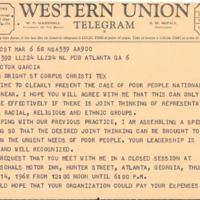 In 1968, Dr. Martin Luther King, Jr. invited Dr. Garcia to a meeting to address the urgent needs of the nation’s poor. 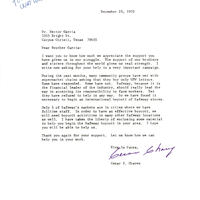 In this 1972 letter, labor leader and civil rights activist Cesar Chavez thanks Dr. Garcia for his support of a nationwide protest on behalf of farm workers. 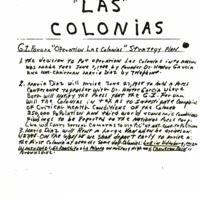 In this document, the AGIF outlines its plan to address the deplorable living conditions in the colonias along the Texas-Mexico border.
Prev | Next