Dr. Garcia served as a spokesman for Mexican Americans at the national and international level. His reputation and ability to get people to the polls made him a powerful ally for politicians, many of whom sought his endorsement and his advice. He rose to national prominence, but his dedication to his community never wavered. He used his prestige as a platform to help publicize and address the challenges facing Mexican Americans nationwide.

By 1960, Dr. Garcia had proven his ability to get voters to the polls. He began to focus on the other side of the political equation—electing candidates who promoted civil rights. He coordinated Mexican American support for several presidential candidates, including John F. Kennedy and Lyndon B. Johnson. By creating strong coalitions, Dr. Garcia helped to ensure that politicians fulfilled their campaign promises to Latino voters. 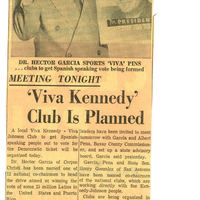 Dr. Garcia was instrumental in organizing Viva Kennedy clubs that supported the candidacy of John F. Kennedy. He later led Viva Johnson clubs that backed Lyndon B. Johnson in 1964. 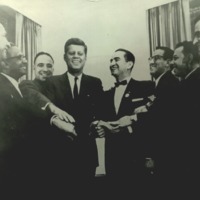 Kennedy poses with Dr. Garcia and other leaders of Viva Kennedy clubs. The clubs helped Kennedy win 85 percent of the national Latino vote in the 1960 presidential election. 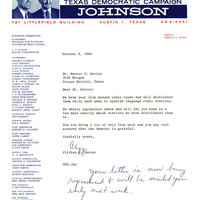 In this letter, a member of Kennedy’s campaign team thanks Dr. Garcia for all of his work on behalf of the 1960 Kennedy-Johnson ticket. 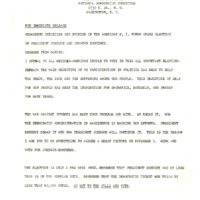 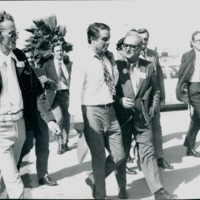 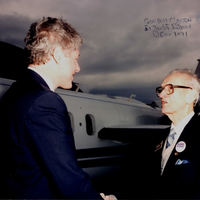 Many U.S. presidents looked to Dr. Garcia as a trusted advisor and welcomed his viewpoints and advice. He developed especially close relationships with John F. Kennedy and Lyndon B. Johnson, with whom he shared his vision of equality for Mexican Americans. This position of trust led to several high-profile appointments that gave Dr. Garcia the opportunity to spread his message even further. 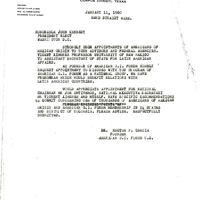 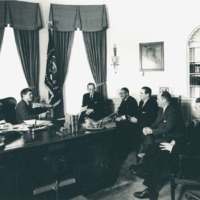 In 1961, President Kennedy appointed Dr. Garcia to a delegation that attended a treaty signing with the West Indies. In this photograph Kennedy meets with the delegates in the Oval Office. 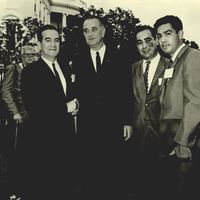 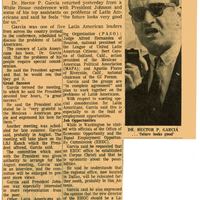 This newspaper article recounts a 1966 meeting between President Johnson and top Latino leaders, including Dr. Garcia, who called the meeting “a great success.” 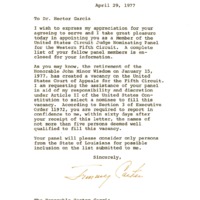 In 1977, President Jimmy Carter appointed Dr. Garcia to a panel charged with selecting a judge for the Fifth Circuit Court of Appeals in Louisiana. 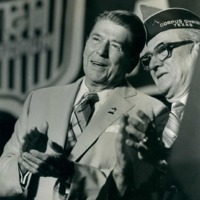 President Ronald Reagan is pictured here with Dr. Garcia at the 1983 AGIF convention in El Paso. 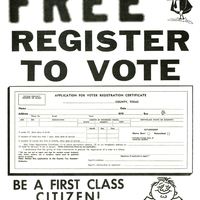 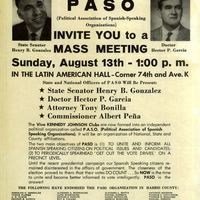 This flyer advertises a PASO meeting and describes the organization’s objectives, stating that “now is the time to unite and become better informed to vote intelligently.” 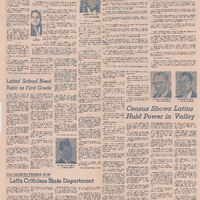 In 1967 President Lyndon B. Johnson named Dr. Garcia an alternate delegate to the United Nations. On October 26, 1967, Dr. Garcia delivered a statement in Spanish before the UN General Assembly. The historic address marked the first time an American representative addressed the United Nations in a language other than English, and generated goodwill among delegates from Latin American countries. 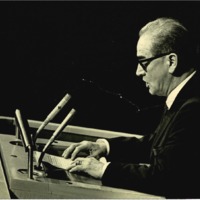 Dr. Garcia’s address to the UN General Assembly, delivered in Spanish, discussed the Treaty for the Prohibition of Nuclear Weapons in Latin America. 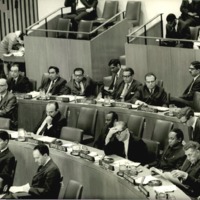 Dr. Garcia sits among other delegates at the United Nations. He was the first Mexican American named to the United States UN delegation. 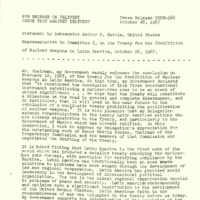 Statement by Ambassador Hector P. Garcia, United States Representative in Committee I, on the Treaty for the Prohibition of Nuclear Weapons in Latin America

This document is a transcription, in English, of Dr. Garcia’s statement to the UN General Assembly. 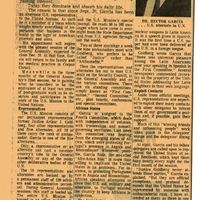 This article details how Dr. Garcia’s time at the United Nations gave him new insights into global issues like colonialism and the nuclear arms race.

The United Nations thrust Dr. Garcia into the realm of international relations, but he remained primarily concerned with problems that persisted at home. In 1968 he was appointed to the United States Commission on Civil Rights (USCCR). He also became involved in the Equal Employment Opportunity Commission (EEOC), and helped AGIF leader Vicente Ximenes become the EEOC’s commissioner. 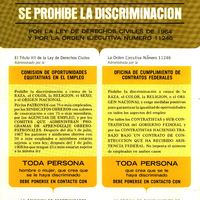 This EEOC flyer informs Spanish speakers of their rights under the Civil Rights Act of 1964 and Executive Order 11246, which prohibited discriminatory employment practices among government contractors. 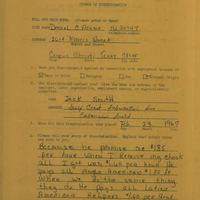 The EEOC fielded discrimination complaints like this one, in which Daniel Acuna alleges that his employer paid him a lower hourly rate because of his Latino heritage. 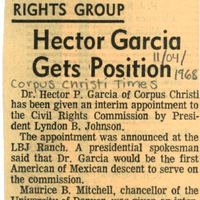 This newspaper article announces Dr. Garcia’s appointment to the USCCR, noting that he would be the first Mexican American to serve on the commission. 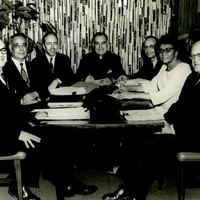 Dr. Garcia (far left) meets with fellow members of the USCCR. The watchdog commission investigated allegations of discrimination based on color, race, religion, or national origin.
Prev | Next