Dr. Hector Perez Garcia was born in Mexico to Jose and Faustina Garcia on January 17, 1914. Soon after, his family fled the violence of the Mexican Revolution and settled in Texas. There, Dr. Garcia formed connections that would last a lifetime. He established a medical practice in Corpus Christi, Texas. Although his career would take him across the country and even to the White House, he remained deeply committed to his family and his community.

Dr. Garcia’s parents had a profound effect on his life. Though the move from Mexico to Texas forced them to give up their teaching careers, Jose and Faustina Garcia instilled the importance of education in their children from a young age. Six Garcia children went on to attend medical school, and Dr. Garcia became a staunch advocate for education. 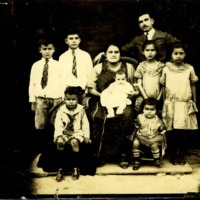 Jose and Faustina Garcia with their Children

Hector Garcia (standing, far left) appears in this photograph with his parents and six of his siblings. After leaving Mexico, the family settled in Mercedes, Texas. 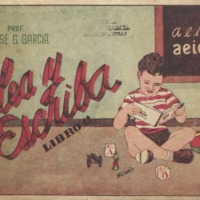 Dr. Garcia’s father, Jose Garcia, wrote the children’s book Lea y Escriba, which translates to “Read and Write.” Jose dedicated much of his time to educating his own children.

Although he encountered persistent racism from teachers and institutions, Dr. Garcia attained the highest levels of education. He was one of the few Mexican American students admitted to the University of Texas at Galveston’s medical school in the 1930s. In addition to his studies, Dr. Garcia organized a disease-prevention program for Galveston’s Latino population, engaging in community outreach work that would define his medical career. 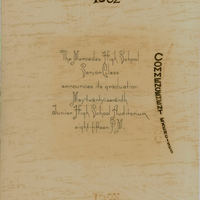 This 1932 document announces Dr. Garcia’s graduation from Mercedes High School. One high school teacher told him that because he was Mexican she would not give him an A. 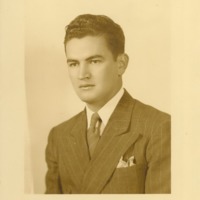 Dr. Garcia, shown here in a graduation portrait, received his undergraduate degree from the University of Texas at Austin before starting his doctorate work. 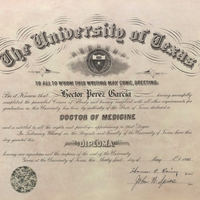 This diploma marks Dr. Garcia’s graduation from the University of Texas at Galveston with a doctorate in medicine in 1940. 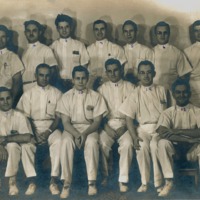 Unable to find an internship at a Texas hospital because of his ethnicity, Dr. Garcia (seated, far right) moved to Omaha, Nebraska for his residency. Here he poses with fellow interns at St. Joseph’s Hospital.

After World War II, Dr. Garcia established a medical practice in Corpus Christi, Texas, where he provided affordable, quality care to immigrants, veterans, and the poor. Learning about his patients and the injustices they faced inspired him to take action. The years of activist work that followed often required Dr. Garcia to travel, but his sister, Dr. Clotilde Garcia, ran the practice in his absence. 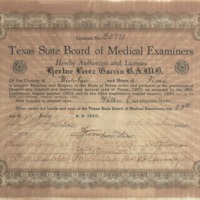 Dr. Garcia was licensed to practice medicine in Texas in 1940. In his early years as a doctor, he sought to improve living conditions in Mexican barrios and migrant labor camps. 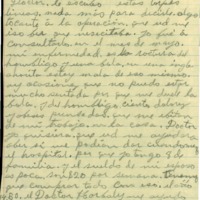 In an exchange that exemplifies his approach to practicing medicine, Dr. Garcia urges Rebecca Salinas to visit him at his office regardless of her ability to pay for treatment. 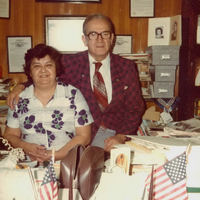 Dr. Garcia and his sister, Dr. Clotilde Garcia, are pictured together in the office at their Corpus Christi medical practice.

During his military service overseas, Dr. Garcia met Wanda Fusillo in Naples, Italy. The couple fell in love and married in 1945. Wanda moved to Texas and supported all of her husband’s endeavors, though his work frequently took him away from home and their growing family. The Garcias had four children, Daisy, Hector Jr., Cecilia, and Susie. 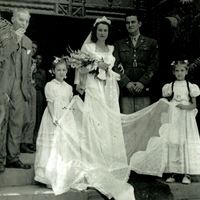 During his military service overseas, Dr. Garcia met Wanda Fusillo in Naples, Italy. The couple fell in love and married in 1945. Wanda moved to Texas and supported all of her husband’s endeavors, though his work frequently took him away from home and their growing family. The Garcias had four children, Daisy, Hector Jr., Cecilia, and Susie. 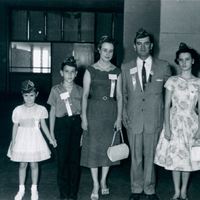 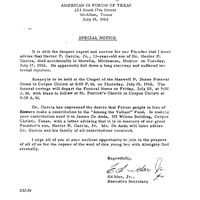 In 1962, Dr. Garcia’s 13-year-old son, Hector Jr., died of an injury he sustained while on a trip to Mexico. The AGIF circulated this notice to inform members of the family’s tragic loss. 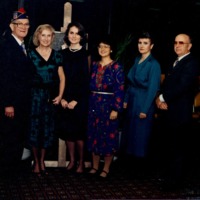 Dr. Garcia is photographed after receiving the Presidential Medal of Freedom at the White House with Wanda, daughters Cecilia, Susie, and Daisy, and Cecilia’s husband Jim Akers.
Prev | Next